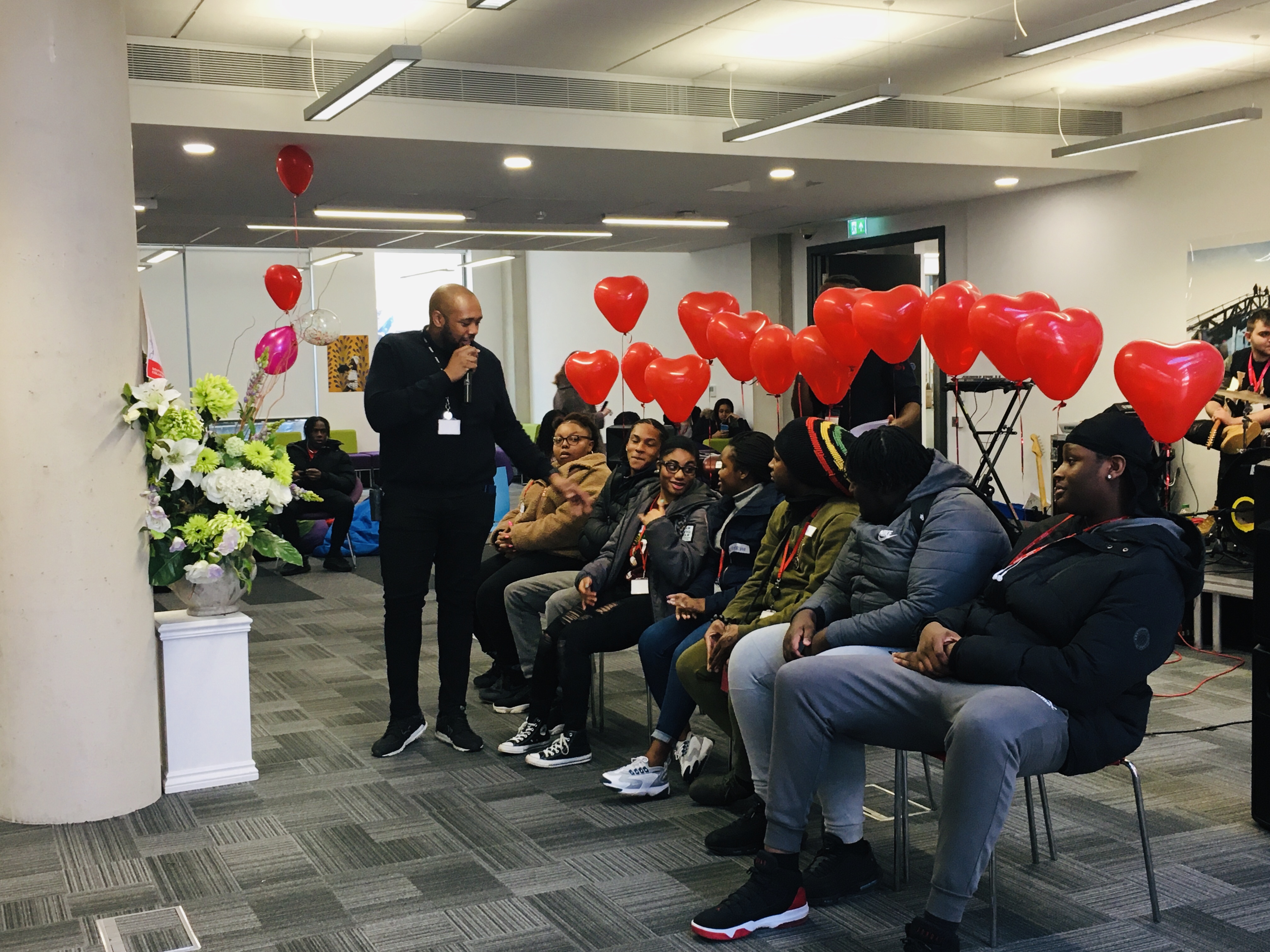 Heart shaped balloons were dotted around the atrium as second year Level 3 Music students began their performance. The band, made up of a Guitarist, Drummer, Keyboardist and lead singer demonstrated their musical talents by performing songs that they had written.

Next up was the Personality Contest where students were asked to answer a series of ‘what would you do’ questions surrounding dating and relationships. They had time to think about the questions that were asked and gave their honest answers. One such question was:

You’re on the way to your date, just before you leave your parents say you must take your sibling/cousin/young neighbour, what would you do?

Another was, if you were in a two seater car with your date and you saw your mum struggling  with the shopping bags, what would you do?

The contestants gave their best answers in order to impress their fellow students who were judges for the day. The judges then chose the best responses until just two were remaining. A sudden death question was called to decide the overall winner; in the end it was extremely close.

The lucky student walked away with the prize of both Nando’s and Cinema vouchers.